Email Jordie McTavish at Plutino Culinary about ways in which we can collaborate!

As a fully media-trained, Nationally televised home cook and a popular food influencer, I’m a trusted voice in cooking, food and lifestyle content. My services include but are not limited to:

Daily Tiramisu was established in December of 2013 and has since grown into a community of people who love simple home cooking, bringing people together with great food, enjoying life and always looking for ways to make life easier (my easy recipes will help with that one 😉

My readers are primarily 27-40 year old women, located mainly in the USA, Canada, and the UK.

I have partnered with some top food and lifestyle brands on a wide range campaigns. If you’re a brand looking to work with me on Daily Tiramisu, then pitch me by shooting me an email with the details about your brand and your partnership idea. I’m available for travel to events and specific destinations to represent your brand via my social media channels and blog.  I would love to figure out a way to collaborate that will be mutually beneficial!

You may have seen me on the inaugural season of MasterChef Canada or on Canada’s most popular lifestyle show, The Marilyn Denis Show.  I have also made appearances on online channels as well as numerous interviews on some popular radio shows.  I have a YouTube Channel, too, that you can check out right—-> HERE!

HOSTING, SPEAKING, WORKSHOPS, GUEST JUDGE I love sharing and conversing with like-minded foodies.  I have had the honour of hosting fun events, speaking at great conferences/events, teaching fun how-to workshops and being invited as a guest judge at some awesome food competitions. 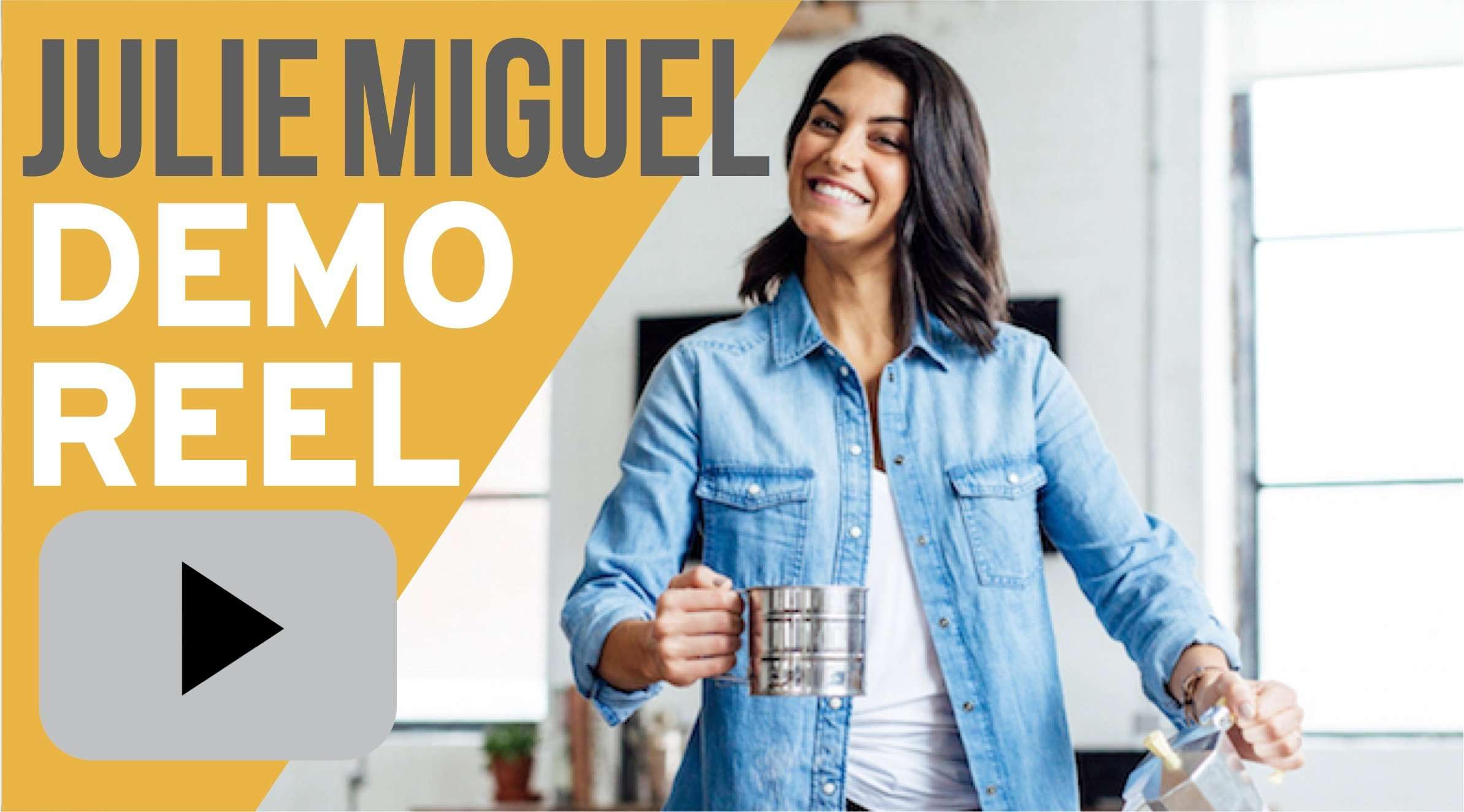 Work with Julie or read all about her work

Recipe: How to Cook the Perfect Pork Chop, Liberterre.ca Food For Thought, July 27, 2016.

She will respond to your request within 48 business hours!