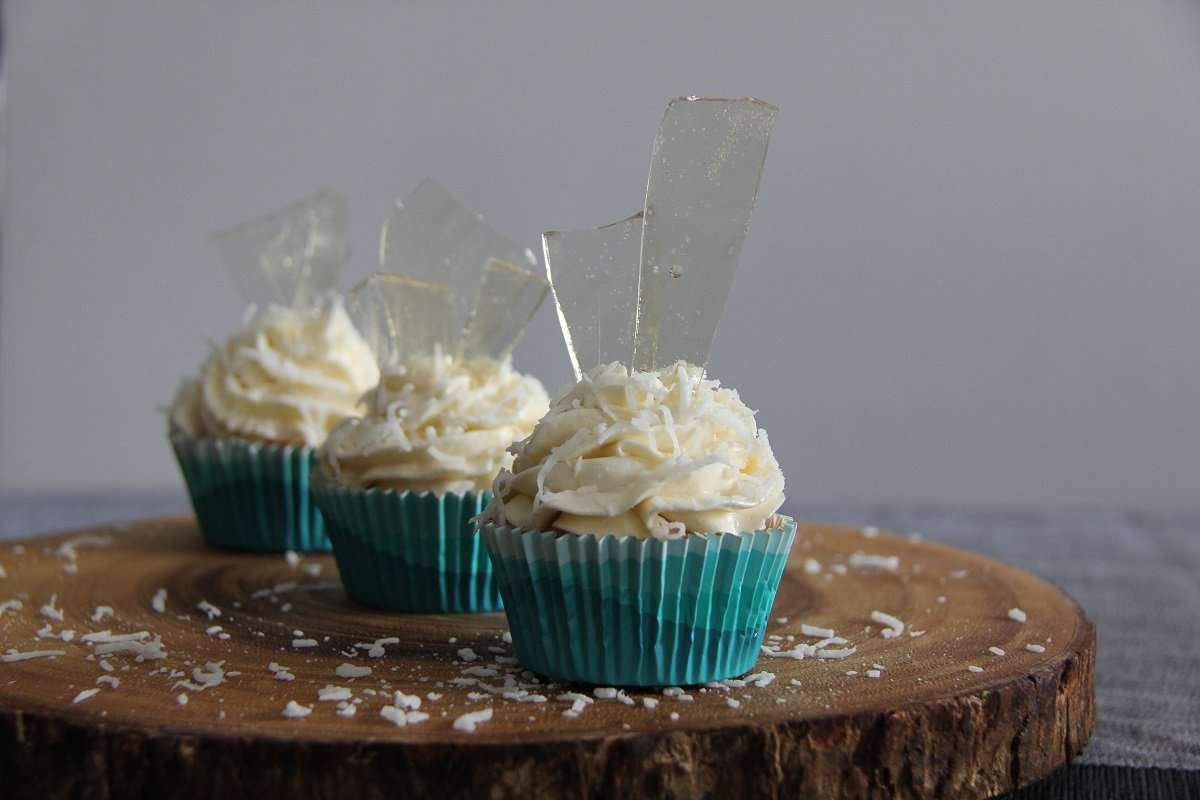 February 23rd is National Cupcake Day!  Bake cupcakes to raise funds and fight animal cruelty!  By registering (Here is the Link to register), baking, and most importantly fundraising for National Cupcake Day for SPCAs & Humane Societies, you will change the lives of thousands of neglected, abused and abandoned animals!  What a great way to raise money for a great cause!
This year I was actually inspired by the weather we have been having here in Toronto – snow and ice!
The recipe for the “ice” is essentially one for a simple syrup. The trick is to cook it for a shorter amount of time than usual so it stays clear.  I added a few drops of mint extract to it so that the “ice” has a cooling effect and also acts as a breath mint after you finish eating your cupcake.  The “snow” is sweetened flaked coconut.
For the cake I decided to go with a coconut-vanilla bean cake.  The frosting is a coconut meringue buttercream frosting.  I love using meringue buttercream for my cakes and cupcakes – they have a lovely satin-like consistency and they are less sweet than those recipes that call for mounds and mounds of powdered sugar.
I hope you enjoy the cupcakes more than I enjoy our winter weather!
With Love,
Julie
Snow & Ice Cupcakes