Julie Miguel is a digital content producer with a specialization in food media as well as an active food blogger located in Toronto, Canada. The focus of her blog, Daily Tiramisu, is to empower home cooks to be fearless in the kitchen and she does this by taking traditionally difficult recipes and making them easier to execute. 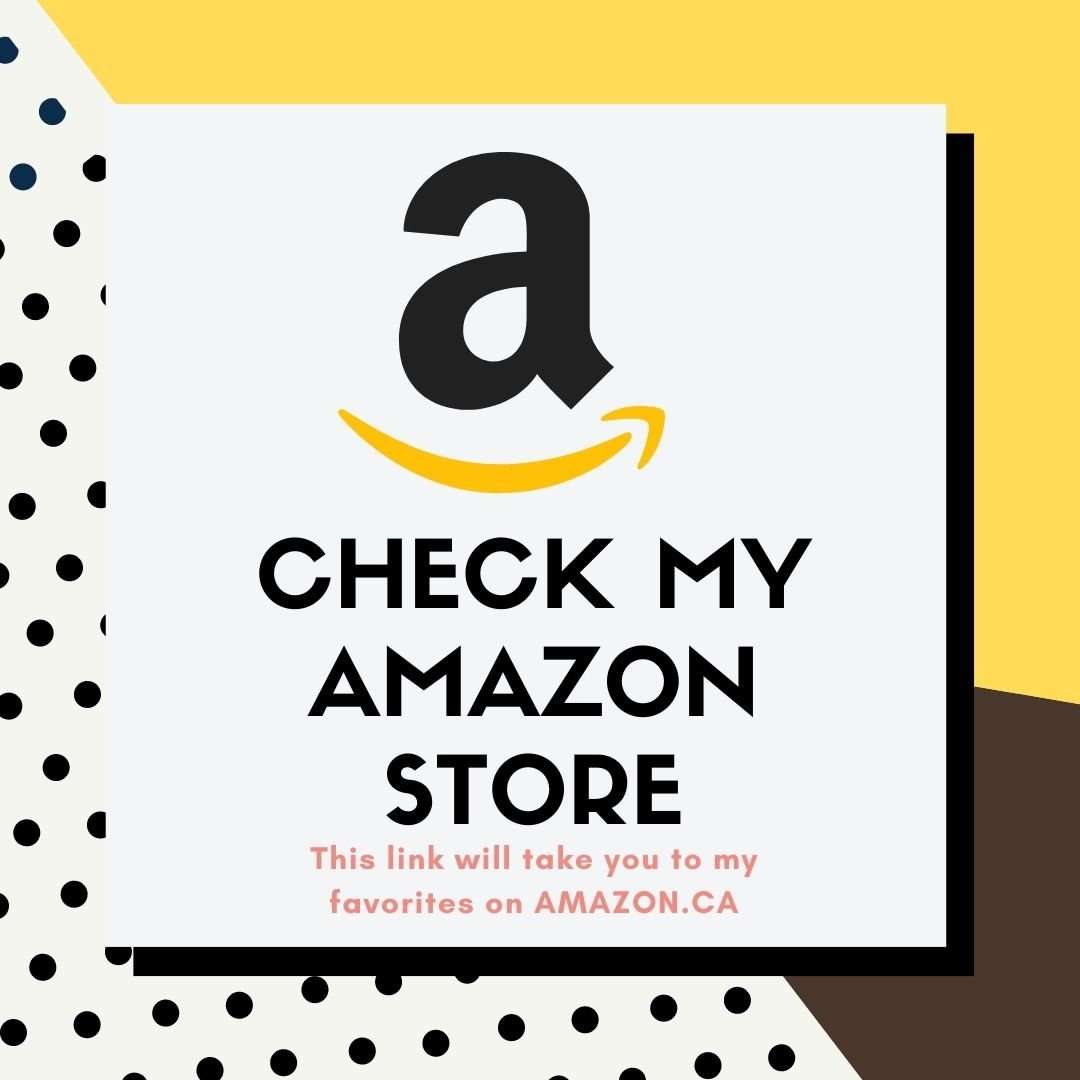 For recipes, new and tips, fresh and direct on your email.

Facebook
Twitter
LinkedIn
It’s almost premiere time!  MasterChef Canada starts Monday, January 20th at 8pm on CTV and I thought what better time than now to write a post about how I got to the Top 50!

I’ve always loved the MasterChef series and I’ve been an avid home cook for 15 plus years.  When I heard that MasterChef Canada was casting for their inaugural season I jumped on the chance and filled out an application.  The very next day I received a phone call from one of the casting people.  (Wow!  That was fast!)  He interviewed me, and told me he would love to see me audition in early August of 2013.  That was only a few weeks away!
I received a formal email invitation to attend the Toronto auditions and I immediately started to plan what I would be presenting to the tasters.  It was tricky because the auditions opened at 7am so there was no saying when you would actually be called for the taste test portion.  I wanted to choose something that would grab the tasters attention and also something that would be so intense and delicious in flavour that they couldn’t refuse me.
I decided to make ice cream since it’s my favourite thing in the world – but wait – I’ve never made ice cream before!  I did one test run of raspberry ice cream and it came out perfect so I immediately decided to go with that.  I wanted to add something that would compliment the ice cream so I decided to do a mascarpone tart with an espresso ganache.  I thought the raspberry flavour would do a good job at cutting through the coffee flavour of the tart – in a good way.  I love espresso and mascarpone so this dish was perfect in representing me.
Now, I just had to figure out how to make it to my audition, which was in Downtown Toronto, by 7am, and keep my ice cream frozen and my tart intact.  This was harder than I thought!
I practiced the tart a million times, tweaking as I went, adding lemon zest to the marscapone for that extra zing.  I hadn’t practiced the ice cream because I didn’t have an ice cream maker at the time.
The ice cream I made for the audition was literally my second time making ice cream – ever – so I was very nervous about it.  I borrowed my sister in-law’s ice cream maker for the event.  It was risky but I felt good about it.

I also had to figure out plating so I went with a small cutting board and a small mason jar for the ice cream.  I wanted my dish to look rustic and appealing – it was exactly how I would serve it if I had a café of my own.  Here is a picture of what my dish looked like (excuse the quality – this was taken with my cellphone as no cameras were really allowed in the audition rooms).  I added the big wooden knife to add to the experience.  I would ask the taster to cut the tart any way they please, taste it, then clean their pallet with the raspberry ice cream (I am very particular about my food and how it is experienced, as you can see).

The morning of the audition was hectic!  I had to get my son and husband up – they are not morning people – and get myself ready.  I arrived by 6:55am – I had already felt accomplished by this point!  I wheeled my big cooler into the line and I prepared to wait….which I did.  I ended up storing my ice cream in styrofoam containers and inside the ice cream maker’s frozen base, with ice cubes packed in (this was my husband’s idea – and it worked perfectly).  My tarts (I brought extra just in case) were packed neatly in a hard plastic container.  My husband suggested I pack a bottle of water, a cup and an ice cream scoop as well so I could prep my dish quickly – we only had 3 minutes to set up!
I was part of the first group.  They lined us up at long tables set up in rows, we were given 3 minutes to plate and then the taste testers came around and one by one tasted the dishes.  My ice cream scooped perfectly and the consistency looked spot on…phew!  I stood there at the back row and watched my ice cream slowly sink as the time went by.  Thank goodness another taster started from the back row because he got to my ice cream just in the nick of time.  He tried my dish, asked me a little about it, and then scored it.  We were given score sheets but we weren’t allowed to look at them.  A few other producers and such came around and spoke to us, and asked us various questions about ourselves.
Finally it was time to see who passed the tasting.  When I heard my number being called out I couldn’t believe it! There were so many attractive looking dishes around me so I wasn’t feeling very confident.  I heard some whispers around me saying “look, that girl made ice cream?!”…if they had noticed then the judges must have noticed the risk I had taken in bringing this fickle dish.  This is a picture of me after passing the tasting portion.  (Again, sorry about the quality!)

We were ushered into the waiting room again where we awaited further auditions.  I got called to do another quick interview and screen test with a producer and then I was asked to sign out.  I felt like I did really well but I just walked out of the downtown hotel and had no idea what the future would hold.
Two weeks went by, it was a regular working day, a Monday, and I was getting ready to leave the office for the day when I got a call on my cellphone.  It was MasterChef Canada letting me know I had made the top 50!!!!!!!  I was asked to pack my bags for a potential 6 week stay and say goodbye to my family.  This is the part I wasn’t expecting!  I didn’t know how I was going to pull this part off but I buckled down and prepared for the challenge ahead.  This was a once and a lifetime opportunity and my family were overjoyed that I had been chosen.
My next task is to prepare for my top 50 audition in front of three world class chefs, Claudio Aprile, Michael Bonacini and Alvin Leung.  This was not going to be easy – I had to come up with a dish I could prepare in an hour, and one that would show my cooking skills and really stand out.  Wish me luck!
Watch MasterChef Canada Mondays starting January 20th on CTV.  The show starts at 8pm – tune in to see how the rest of my story goes.  You can get all the updates at http://www.ctv.ca/MasterChefCanada.aspx
Here is my raspberry ice cream recipe that I used for my MasterChef Canada Toronto audition.  I love this recipe, it’s really fresh and fruity.  It is perfect for the middle of the summer when raspberries are in season (this was another reason I chose to use raspberries for my audition).
Raspberry Ice Cream

Prep Time: 15 minutes
Cook Time: 10 minutes
Total Time:  (3 hours – this is mostly the time required to cool the ice cream base in the fridge)
Yields about 1 quart.
Ingredients:
1 cup whole milk
2 cups heavy cream
1 vanilla bean, scraped (or vanilla extract)
6 egg yolks
3/4 cup sugar
Raspberry Mix-in:
1 quart of fresh or frozen raspberries
1/4 of sugar
1 tbsp. of lemon juice
Method:
1.   Put the milk and 1 cup of the cream as well as the vanilla bean scrapings and the vanilla bean pod into a heavy-bottom sauce pot on medium to high heat, stirring frequently.  Make sure the liquid doesn’t boil – you want to turn off the heat right before it boils – so watch it closely.
2.   In the meantime, beat the eggs and sugar in a separate bowl to a creamy consistency.
3.   Once the milk and cream are at that pre-boiling point, shut the burner off and scoop out a ladle full of hot milk and add it to the egg mixture while whisking simultaneously.  (This is a way of tempering the eggs so you don’t end up with scrambled eggs).
4.   Turn the burner back on to medium heat and pour the egg yolk mixture into the sauce pot while stirring constantly.  Continue to cook the mixture on medium heat until the custard coats the back of a wooden spoon (about 5 minutes).
5.   Set up a bowl, add the other cup of cream to the bowl and set a sieve on top and strain the custard from your saucepan through the sieve.  Put the bowl into an ice bath and let cool for about an hour.   Once the mixture is cooled, put it in the refrigerator for a few hours, or ideally overnight. Growing up in my Italian family, sandwiches were our go-to lunch on the weekends.  They are quick and hearty and the options I have such fond memories of our family dinners when I was a child. My mother would make a variety of Italian By far, one of the lamest party foods, in my books, is the basic shrimp cocktail ring.  When I see one sitting Growing up my father would often do a family barbecue night in the backyard using his charcoal grill.  The barbecue would be