I’m just going to come out and say it…I am obsessed with Cinnamon Buns.  They are right up there with Tiramisu for me.  I remember most of my childhood was spent wondering when or how I could get my next cinnamon bun since I couldn’t figure out how to bake them on my own.  There was a short period of time where a family friend worked at Cinnabon.  I must say, that was a hook-up that remains in the “top 5 best hook-ups of my entire life” category! 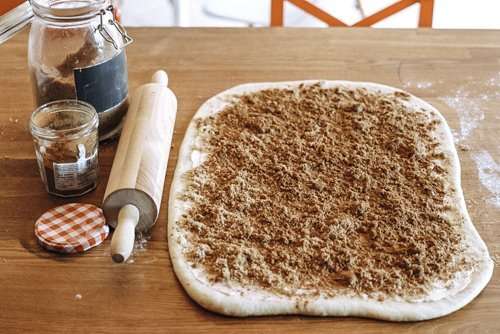 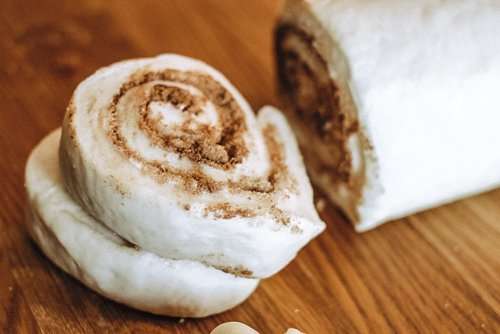 Cinnamon buns have to be fluffy, they have to be soft, they have to have tons of butter, cinnamon and CREAM CHEESE ICING.  There are a lot of hack versions of cinnamon buns floating around on the internet.  Some of them even calling themselves “healthier” versions of cinnamon buns.  Well, you’re not fooling me and I would never do that to you guys.  So, here is my Softest & Fluffiest Buttermilk Cinnamon Rolls with Cream Cheese Frosting Recipe.  These are everything you want a cinnamon bun to be and everything a cinnamon bun should be.  Yes, it would be great if they were lower in fat and had less sugar but how else could we practice moderation and balance in our lives without delicious baked goods to tempt us?  Making these cinnamon buns is part of a life long practice of making us stronger and better human beings.  I hope I have sold you. 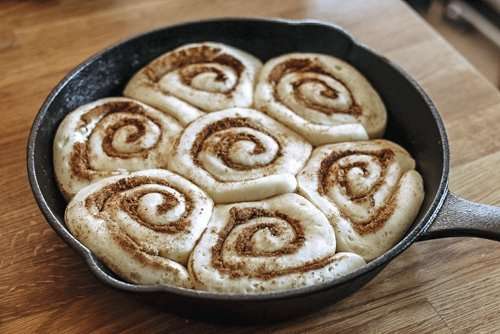 In all seriousness, these are so much fun to make with kids,  It’s long process but there are lots of breaks while the dough proofs.  Breaks are a good thing when baking with kids (for everyone).  Let them knead the dough, spread the filling, cut them into buns and obviously the best part, definitely let them slather the icing on. 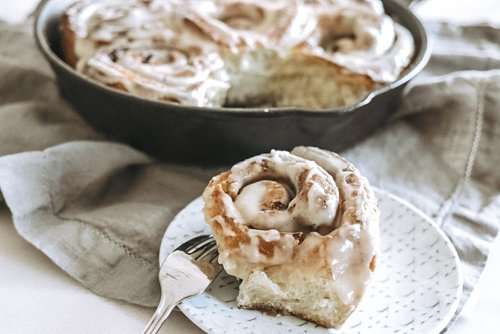 I hope you enjoy this recipe – it’s one of my favourites! 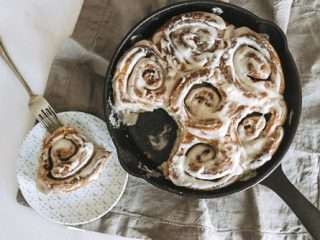