It’s Apple Season and I’m making Ricotta and Apple Donut Holes!  I’m so happy to use apples that are everywhere in Canada right now and fry them in Canola Oil, another amazing Canadian ingredient in a recipe that is so near and dear to my heart!

My boys and I visited a Canola Farmer this summer on our Canadian Roadtrip out west and it was so great to show them how Canola Oil goes from soil to our kitchens!  Canola oil also has a high smoking point which makes it great for frying these donut holes. 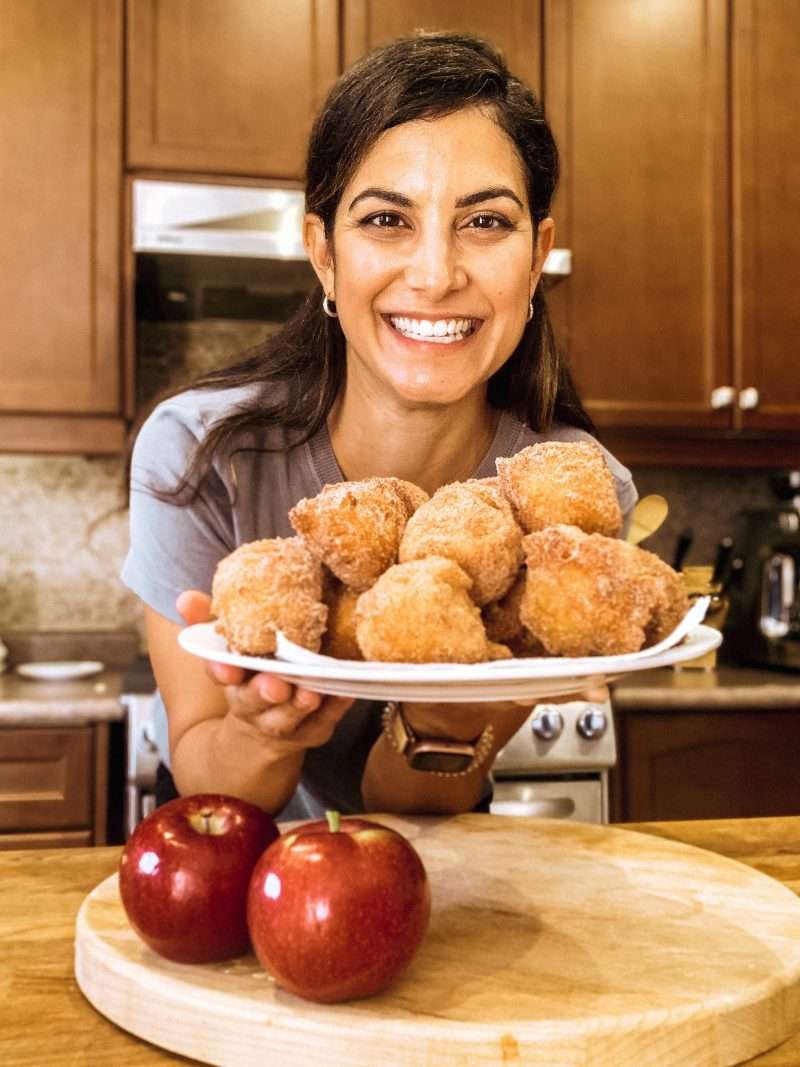 This recipe is also the recipe (minus the apples which is a recent addition) that landed me a Top 14 spot in MasterChef Canada kitchen Season one that aired in Canada in 2014!  I got 3 yes’ from the celebrity judges so as my son Dean would say, This recipe is “Famous Chef Approved!”